We met Felix’s second cousin Mala today for the first time. Caitlin and I reminisced about the days they were born, just over ten months ago, on opposite sides of the globe. I was still in hospital when I heard Mala was born; Caitlin was in the early stages of a protracted labour when she heard about Felix. We had announced our pregnancies to our families on the very same day last year, and met up in Berlin when we were both about 20 weeks. It was so sweet to finally see the little ones together. 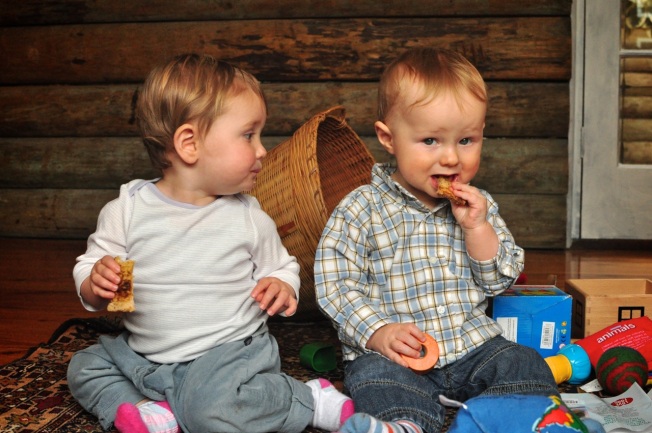 The babes were oblivious to the significance of the occasion, but were very happy munching their vegemite toast.